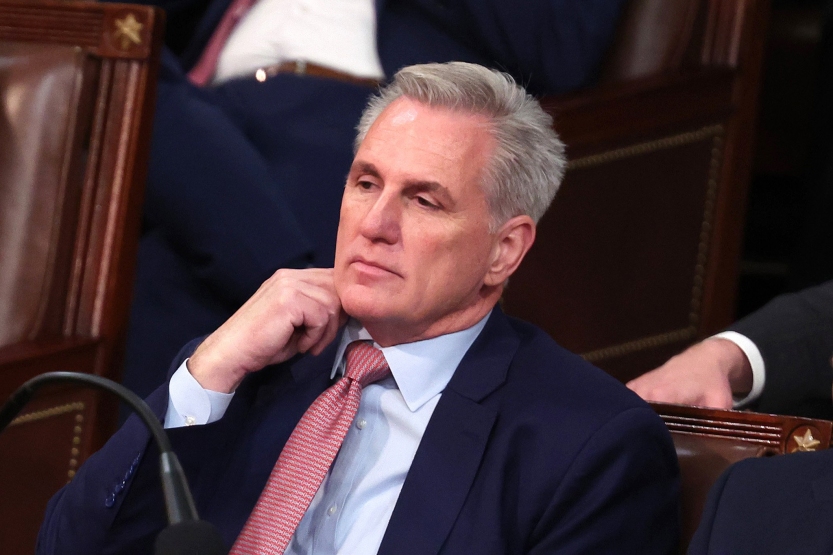 A common saying in modern discourse is “may you live in interesting times,” and while this sounds fairly straightforward, it is actually derived from a Chinese curse. After four years of enduring Donald Trump in the White House, a prolonged battle with COVID-19 and the resulting economic upheaval and the politicization of seemingly everything, it does, indeed feel like a curse.

It would be nice to live in boring times for just a bit.

That does not appear to be in the cards, however, as the 2022 midterm elections delivered the most bizarre collection of representatives we have had in my voting lifetime. Wrapping my mind around this change has been challenging, but it occurs to me that perhaps it is best understood in Shakespearean terms.

British playwright William Shakespeare built his plays around a common pool of archetypal characters, including the wise mentor, the hopeless romantic, the catalyst, the voice of reason and the bumbling fool. Current members of leadership in the House are hardly up to Shakespearean standards, but I do believe a few comparisons can be drawn.

The role of wise mentor clearly falls to former Speaker of the House Nancy Pelosi. As new Speaker Kevin McCarthy held vote after vote among his Republican caucus in his quest to hold the job, Pelosi helped new minority leader Hakeem Jeffries united in their opposition to McCarthy. McCarthy did eventually make enough concessions to get his gavel, but not before he allowed the 20 MAGA members (heretofore referred to as the Coup Caucus) to gut the Speaker position completely.

Next up, the hopeless romantic role rests on the shoulders of Georgia representative Marjorie Taylor Greene. Her view of history may differ from what we find in the history books, but it is certainly romantic. In literary study, Romantic literature is based solely on the imagination and emotions, and Greene’s belief in conspiracy theories surrounding the 9/11 attacks on the World Trade Center and the 2020 Presidential election (among others) certainly demonstrate that she is imaginative. As for emotional, one need only Google any speech she has ever given to witness her frenetic fervor.

The catalyst for the final vote that made McCarthy Speaker was none other than Florida Representative Matt Gaetz, whom you may have heard of because has been investigated multiple times for charges related to pedophilia. Prior to the final Speaker vote, in which he, as the final holdout, voted for McCarthy, Gaetz was quoted as saying he couldn’t think of anything else to demand from McCarthy in return for his vote.

The voice of reason will have to be marked TBD at this point. In order for any governing to take place, a number of traditional, moderate Republicans are going to have to choose whether they would rather govern or spend all of their time chasing Hunter Biden’s laptop, repealing women’s rights, reversing critical legislation fighting climate change or pretending to be upset that Joe Biden turned in documents that should have been left with the National Archives when he left office as Vice President or Senator. Will a small number stand with Democrats and against the Coup Caucus, or will they keep their heads down and just go along? We shall see.

The bumbling fool requires no deliberation at all. Kevin McCarthy has long wanted to be Speaker of the House and he was willing to sacrifice anything – including the integrity of the office – to attain it. Sacrifice he did. After being held hostage by the Coup Caucus, as mentioned above, he sits on a teetering throne which makes him ripe for an overthrow. Like Julius Caesar in 44BC, McCarthy is surrounded by those who would bring about his failure, starting with Republican leader Steve Scalise and including the ilk of election deniers like Greene, Gaetz, Lauren Boebert, Jim Jordan and Scott Perry.

There is one more category we have to consider, though it’s not anything Shakespeare would have imagined. It would be incredibly funny as a Monty Python sketch, but since it isn’t fictional it just makes me sick. The Real Housewives of DC category has been created specifically for Marjorie Taylor Greene and Lauren Boebert, who nearly came to blows in the ladies’ room of the House following a heated argument over support for McCarthy. It seems Greene was lying in wait when Borbert emerged from a stall…and here we go. Don’t expect this to be the last altercation involving the woman left-wing journalist Keith Olbermann calls Marjorie “Trailer-Trash” Greene.

Oh! And let’s not forget George Santos…or whatever his real name is…who is only still serving in the House because McCarthy needs a Republican in his seat. Hmmm.

The only saving grace for this session of the US House is that voters also turned the Senate over the Democrats, who will kill most of the conspiracy-theory-driven idiocy coming out of the House. Whatever sneaks through there will certainly die a quick death courtesy of President Biden’s veto pen. Nonetheless, the idea that our government is going to do any productive governing is a pipe dream for the foreseeable future.

2 thoughts on “US House: Theater of the Absurd”