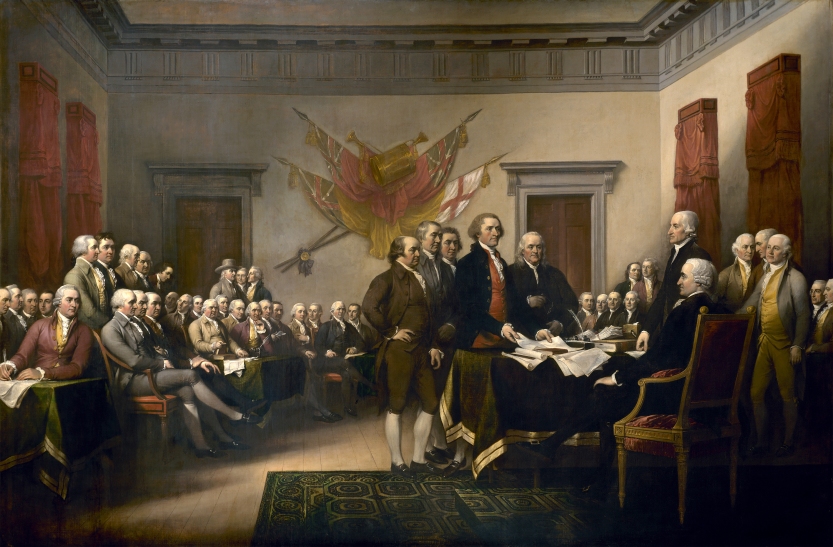 If you’re familiar with the Old Testament, you’ve at least been exposed to the Book of Exodus, in which Moses led the Israelites out of bondage in Egypt and into what they believed to be the promised land. The way of life that had evolved for the Israelites in Egypt worked quite well for their wealthy overseers, but not so much for the working poor. They decided to seek out a better life somewhere else.

Fast forward a few thousand years and the Church itself has seen a mass exodus. There are a plethora of reasons for this, which include but are not limited to the following cultural developments: a change in the way people experience community, a greater understanding of science that precludes the need to attribute things to a supernatural deity, the Church’s inability to adapt to a society that grows ever more diverse, and the Church’s unwillingness to place honest Biblical scholarship ahead of dogmas that don’t challenge the often fragile beliefs of their remaining attendees. Continued adherence to those dogmas is making the Church increasingly obsolete.

What’s happening in the church is somewhat of a microcosm for what’s happening in America as a whole. Like the Jews, Jesus among them, who later inspired Christianity and spawned the modern Church, the Founding Fathers of America’s Democracy would probably be quite surprised and perhaps even dismayed by what has become of their great experiment. Many came here for freedom from the Church of England and some were even Deists, yet more and more we see pseudo-Christian religious points of view informing (read: bribing) lawmakers. Anachronistic readings of the Second Amendment to The Constitution, for example, have lead to widespread violence and the slaying of school children. Even the roles of lawmakers, who were never supposed to be full-time government employees has changed in ways the Founders did not envision.

How do we set it right? Is it even possible?

Well, yes, it’s possible, but it’s extremely unlikely. You see, the changes required can only take place if the greedy and powerful lay aside their greed and their power to serve the greater good. That sounds easy enough, but only if you’re not greedy and power-hungry, so it quickly becomes something of a catch-22. Let’s take a look at a couple of specific examples.

Election Funding: Right now running for office in America, and especially at the national level, is so expensive that the average person simply can’t afford to do it. Those who do choose to do it have to raise money in such amounts that they are then beholden to the rich and powerful people and corporations who fund their campaigns. Instead of representing the people who elect them, politicians tend to do the bidding of the corporations, and that’s usually an entirely different set of interests from those of their constituents. The solution is public funding of elections, and it’s already working in Vermont, where Senator Bernie Sanders has gained widespread support for his populist agenda. Senator Sanders makes sense when you listen to him speak about solutions to America’s problems, but twice he has been marginalized in his bid to be President of the United States because he represents a significant threat to those same powerful corporations that funnel millions into political campaigns. All it would take is an act of Congress to enact public funding of elections and put the government back in the hands of the people, but that would mean turning their backs on those millions of corporate dollars. Most are too greedy to do that.

The Election Process: Stand up on a soap box, proclaim your vision, convince people to vote for you. That’s more or less how it started, though it did get ugly fairly early on (see: Hamilton vs. Jefferson). Now we have one political party which has decided winning popular support for their policies is not possible, and rather than change to more popular policies they will simply target and eliminate as many opposition voters as possible. The aforementioned election funding change would help fix this, but there are a couple of other anachronistic items that we could get rid of which would also help. First, get rid of the electoral college, which has sometimes allowed a candidate who did not win the popular vote with the Presidency (most recently Donald Trump in 2016). Second, get rid of voting districts, which have been gerrymandered to the point of making them the butt of jokes. Harris County in Houston, for example, has more people than the bottom seven US states combined but currently has no representation due to criminally drawn district lines. This is because the party that wants to stay in power in Texas currently has no chance of winning Harris County. Finally, let’s either make election day a national holiday, as it is most of the rest of the world, or establish safe, secure online voting. If we can trust the Internet to handle our banking, why can’t we let it handle our votes? If voting were made easier and more convenient, our elections would be determined by a higher percentage of our citizens, but let’s take it even step further, shall we?

Congress is Obsolete: The Founders didn’t envision full-time representatives spending most of their time in Washington D.C., and we now see why it wasn’t a good idea. Sequestered away from their constituents and surrounded by corporate lobbyists, representatives often take actions that are not in the best interests of the people they were elected to represent. It’s completely unnecessary. Again, why not use the Internet to allow people to vote on major legislation? Bills are too complicated for us to read? Sure they are! Even our representatives vote without reading them! Instead of lumping things into bundles of laws and voting once, break everything down to single issues and let’s vote. Do we need charging stations for electric cars all along the highway system? Absolutely. Should we also require breathalizers in cars so they won’t start if the driver has had one too many? Maybe not. But let’s have an itemized vote in simple language with a price tag, no harder than ordering lunch at Moe’s Southwest Grill. Burrito, chips, queso and iced tea, please. No guac, hold the tomatoes and keep the black olives, please. Extra habanero sauce! Voting should be this easy. The billions of dollars that are wasted on negative (false) ads every year can be put to better use. I don’t need Ted Cruz to vote for me, I’ll vote for myself, thank you very much. In fact, I’ll do a much better job…for free!

The bottom line is that our government has evolved into an entity that no longer functions as intended by the Founders. In fact, it’s become the very thing they sought to escape when Thomas Jefferson wrote a prescription for what should be done under these circumstances into the Declaration of Independence: “But when a long train of abuses and usurpations, pursuing invariably the same Object evinces a design to reduce them under absolute Despotism, it is their right, it is their duty, to throw off such Government, and to provide new Guards for their future security.”

Unlike the Israelites or even the Founding Fathers, there is nowhere else for us to go. We can’t move somewhere just a little further West and start over, having learned from the oppressive world we leave behind. This is our last stand. Unfortunately, the changes needed are in the hands of the very people who are least likely to make changes that would require them to turn their backs on the greed and power lust that got us to where we are in the first place.

One thought on “America 2.0 – Reimagining Democracy”