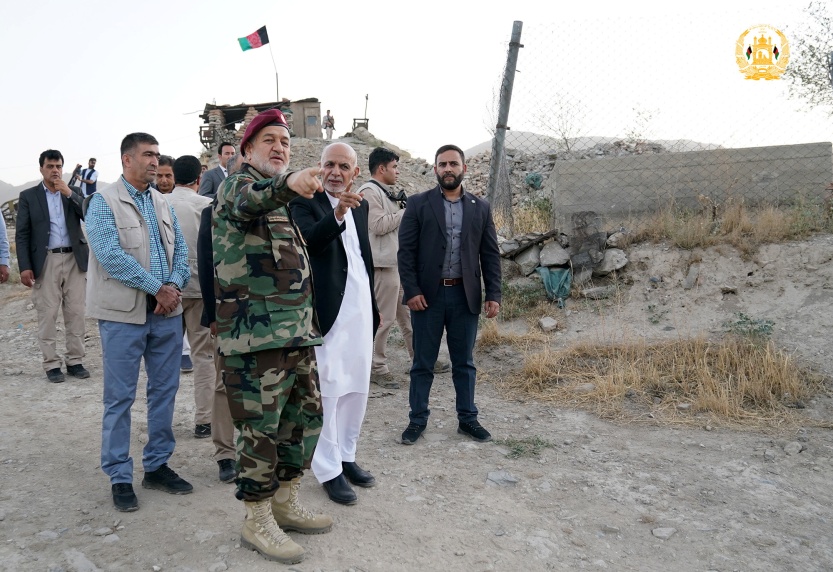 One of the world’s favorite pass times is sports. In America it tends to be football, in many other parts of the world it’s soccer, and in some places it’s even cricket. No matter what your favorite sports may be, your second favorite pass time is probably armchair quarterbacking. This is the wonderful phenomenon that allows every single sports fan to show they are far smarter than the head coach of their favorite team by revealing what the losing team could have easily done to change the outcome of the game.

Of course, as entertaining as this may be, armchair quarterbacks have the luxury of not being responsible for actually doing anything and have the benefit of hindsight to guide them.

Right now the global news media are devoting a significant amount of time to armchair quarterbacking the United States’ recent withdrawal from Afghanistan. While on the presidential campaign trail, Joe Biden told the American people that he would get us out of a war with Afghanistan’s Taliban terrorists that had lasted roughly 20 years, costing trillions of dollars and some 1,500 American soldiers’ lives. Several weeks ago, President Biden kept that promise. What he could not have anticipated was that the Afghanistan army, painstakingly trained and armed by the US military, would immediately lay down there arms and surrender tot he Taliban the moment their US allies weren’t by their sides.

It’s an unfortunate development, to be sure, but at the end of the day, if the Afghani army wasn’t willing to stand up to the Taliban, what was the point of training them? The thing about terrorists is that they are kind of terrible, and the Taliban are especially terrible in their dealings with women. They don’t think women should be educated or even taught to read, and they should basically be barefoot and pregnant as they serve the needs of their men. Any who dare to step out of line will be kidnapped, tortured and probably killed.

By American standards, this is abhorrent behavior, and it’s a small part of why we invaded Afghanistan in the first place. In Afghanistan, however, it’s just a way of life. We may not like it, but ultimately it really isn’t America’s job to inflict our values on other countries by force. There are plenty of equally odious regimes around the world doing just as bad or worse things to their citizens are we don’t seem overly concerned about most of those. The thousands of refugees huddled against our southern border are seeking to flee situations just as bad as those that exist in Afghanistan, yet we are hardly going to open our borders and let them flood on in. In fact, a large number of Americans would just as soon send those people right back where they came from.

President Biden had this to say in an address to the nation a few days ago:

“American troops cannot and should not be fighting in a war and dying in a war that Afghan forces are not willing to fight for themselves.  We spent over a trillion dollars.  We trained and equipped an Afghan military force of some 300,000 strong — incredibly well equipped — a force larger in size than the militaries of many of our NATO allies.

We gave them every tool they could need.  We paid their salaries, provided for the maintenance of their air force — something the Taliban doesn’t have.  Taliban does not have an air force.  We provided close air support.

We gave them every chance to determine their own future.  What we could not provide them was the will to fight for that future.

There’s some very brave and capable Afghan special forces units and soldiers, but if Afghanistan is unable to mount any real resistance to the Taliban now, there is no chance that 1 year — 1 more year, 5 more years, or 20 more years of U.S. military boots on the ground would’ve made any difference.“

It’s hard to argue that logic.

America simply can’t afford to be the world’s police, and even if we could, what gives us the right? Our own history is rife with human rights violations and bloody conflicts that were fought to establish a set of moral norms for our society. We fought over civil liberties for people of color, we fought over the rights of women (heck, we still are!) and we fought over religious freedom. Now we’re fighting over science, sexual and bodily freedoms and (still) basic human rights. These are not easy issues to tackle, but it’s up to us to fight them our and forge our national identity from the ashes of those fights.

The people of Afghanistan must do the same thing.

Rest assured that the media will continue to armchair quarterback the decision to step out of Afghanistan, and it makes for good theater, but this is Afghanistan’s moment to define. The only sustainable thing we can do is sit back and watch their people define it.