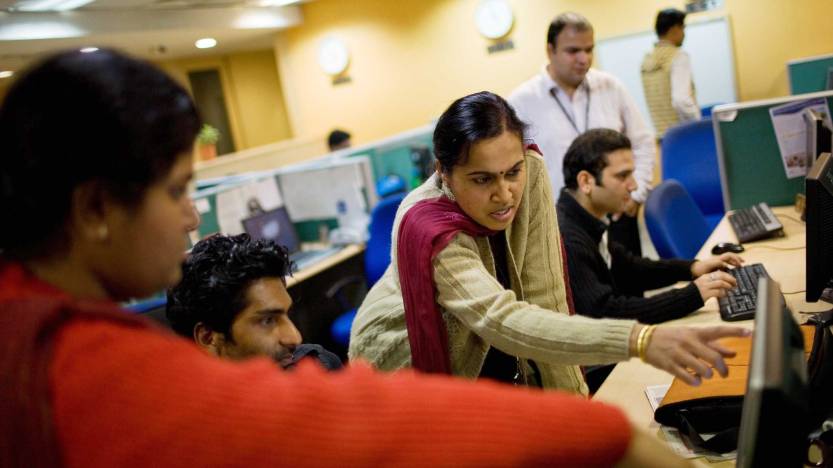 Summer has always been my favorite time of year. As a teacher, it means I have a few weeks off work, but even when I wasn’t a teacher I dearly loved the hot summer days, warm and breezy nights, the smell of neighborhood barbecues and freshly mown grass, days spent at the pool and enjoying being outside…summer is just the best.

Of course, it also means having lots of time to get things done around the house. There’s a pretty much endless list of chores that get put off until vacation, from deep cleaning the house and attic to yard work and finally getting around to repairing things that got back-burnered during the school year. For some that, professional services are required. I can’t fix my own internet, for example, and when the trash service doesn’t come I have to call the city. These situations mean I have to be prepared to sit on hold for what could be half an hour or more, and that has the (probably intended) effect of discouraging me from calling.

I vividly remember a time when you could call a place of business and get a person . . .a person who worked there . . .at the location you called. They spoke English and they could answer your question or address your situation quickly and efficiently. What happened to THAT???

Now calling a place of business, from your local bank to your energy provider, means fighting your way through a phone tree that desperately wants to route you to an automated service or a website. There also seems to be a universal message awaiting you when you finally and accidentally stumble across the right combination to reach a person. That message states that “all operators are currently assisting other customers.” It then assures you that “your call will be answered in the order it was received.”

At this point I always roll my eyes. Who is in charge of these call systems? I mean, the person at the very top makes millions of dollars a year to do something or other I can’t fathom yet the initial point of contact is an illiterate recorded voice? The way you convey this message in English is “your call will be answered in THE ORDER IN WHICH IT WAS received.” Two little words fix it, yet no one seems to be able to figure it out.

No, this isn’t rocket science, but it’s annoying.

Speaking of rocket science, wasn’t it inspiring to see two billionaires launch their own phallic ships into space this month? This is truly a marvel of modern American society. Two guys who make billions of dollars yet pay no taxes and pay their employees starvation wages were able to accomplish something NASA has been doing for decades and it’s being treated like another moon landing. Are we really all just this stupid?

Perhaps it has escaped the notice of those aliens who apparently live deep under the ocean and love playing peek-a-boo with Naval aviators, but those of us living on the surface of the planet must surely see the devastating impact of climate change on our ecosystem. Endless droughts out West have begun to dry up the Colorado River, Lake Mead and Great Salt Lake, each of which provides water to hundreds of millions of people. Fires in the Northwest have destroyed millions of acres of forests and killed or displaced nearly as many people. Waters are rising along the coastal areas, where New Orleans loses a football field sized piece of land every day to the encroaching Gulf of Mexico. Houses are disappearing into sinkholes in Orlando, Miami is having to pump sea water out of its streets to (temporarily) stay afloat and hurricanes are getting stronger and doing more and more damage. You may recall reports that temperatures in the Pacific Northwest’s Eden-like Willamette Valley reached record temperatures in June.

I spent much of my childhood in Oregon, where my dad’s side of the family has been since they pioneered their way across the Oregon Trail. My grandfather used to joke that summer in Oregon began on the 5th of July, and this was almost universally true. I vividly remember wearing a jacket while setting off firecrackers either at my dad’s house or at the cemetery my family owns in Salem. On June 28th this year Salem was a sweltering 117 degrees, the highest temperature EVER recorded in a city with weather records dating back to the 1800s. The average temperature in Salem for June is 74 degrees, and even in their hottest month – August – the average is only 83. I knew people who didn’t have air conditioned homes or even cars when I lived in Oregon.

But hey! Some billionaire took passengers to space for a minute or two. Awesome! Let’s not talk about the 10 million pounds of carbon emissions PER PERSON during those flights.

Don’t even get me started on people who don’t believe they need to get vaccinated against the worst pandemic we’ve seen in a century.

I can’t help but wonder, are our priorities being distributed in the order in which they were received? I certainly wasn’t raised to believe that money was all that mattered. I wasn’t raised to shrug at the idea of an entire ecosystem being destroyed. My dad’s side of the family was positively enraptured by the beauty of nature. We went camping in the Cascade Mountains often, we enjoyed walking in the frigid Pacific Coast surf, and we believed in leaving as little trace of our presence as possible. My mom’s side was similarly respectful of nature, and mom enrolled me in Boy Scouts, a primary tenet of which is preserving the world. The soundtrack of my childhood was the music of John Denver, one of the biggest celebrity advocates the natural world has ever known. Against this childhood backdrop I have an extremely hard time understanding our modern throwaway culture.

What if the billions of dollars it surely took to develop those passenger rockets to space had been spent in the development of alternate energy? What if the R&D wasted on doing something that’s been done many times before had been focused on ways to combat climate change?

The world’s top scientists agree that by 2050 this planet will represent something of a dystopian future for human beings. We will have ravaged our resources and heated the planet to the point that most people won’t survive. We’ve known it was coming since the 1950s and have chosen not to take it seriously until maybe the last ten years – by which time we were so far behind the eight ball that most scientists believe it’s too late to do anything about it.

Maybe that’s as it should be. One of the things that has crossed my mind with all of the talk about colonizing Mars and sending more people into space is the sheer amount of garbage that would be generated and destruction that would be wrought if either of those things was to happen. Imagine a McDonald’s on the moon – plastic waste floating everywhere and streams of pollution filling the galaxy in a spiral outward from Earth.

I’m afraid the scientists and “awake” people are vastly outnumbered by people who are thrilled by flying penises and that fat lady on TV who has 20 kids. Will we still be tossing plastic Coke bottles into the rivers and oceans even as the last clean water dries up and we’re using oxygen tanks to extract the last few breaths of air from the atmosphere.

I hope not, but it’s difficult to see how we avoid that outcome. After all, we don’t even know the proper way to tell someone that they’re going to be sitting on hold for a really long time.