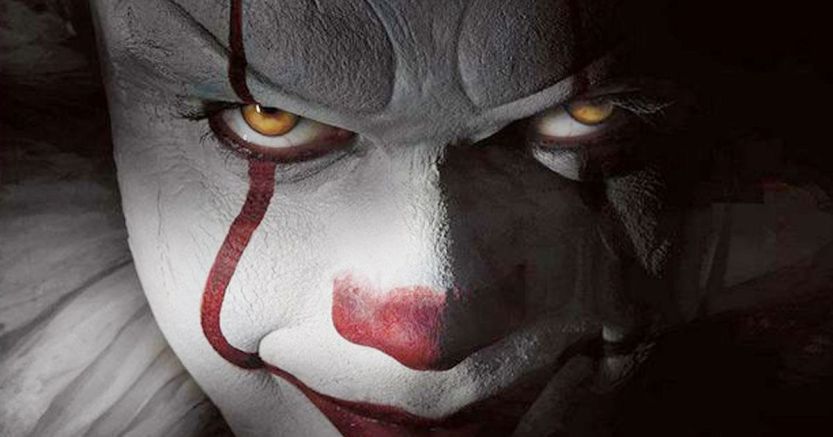 “Ultimately we know deeply that the other side of every fear is freedom.” – Marilyn Ferguson

Not long ago I was dropping my daughter off at play rehearsal when I witnessed something truly astonishing. The procedure, of course, is that everyone has to have their temperature taken before entering the facility, and this is done with those handy dandy infrared scanners that yield instant results. Well, on this particular occasion a woman pitched a wall-eyed fit when the front desk volunteer held up his scanner to check her temperature.

“HOW DARE YOU SHOOT LASERS INTO MY HEAD?!!??” she demanded. “THOSE THINGS DAMAGE YOUR FRONT LOBE!!!”

The young man with the scanner tried to explain that it is the theater’s policy to take temperatures and that if she wasn’t willing to have hers taken she wouldn’t be allowed to enter. The lady in question didn’t let him finish, preferring to belittle him and talk about how many shows her kids are in and how much money she spends there….just ranting. Then she stormed out, thankfully.

Now, I was pretty sure the temperature scanner didn’t have anything to do with the frontal lobe. After all, it’s a scanner, not a laser. They detect, they don’t emit. Being a student of behavior, though, I went ahead and Googled it. Sure enough, the whole “damage your front lobe” thing was a conspiracy dreamed up by whoever it is that sits around trying to come up with ways to mislead people. I shared that information with the kid at the front desk, wished him a better rest of the night, and went about my business.

I don’t know why so many people are all too willing to believe crazy things and reluctant to accept provable, rational facts, but here we are. Much of what you think about the world around is not factual at all, but rather something you have been manipulated to believe. Don’t feed bad, the same is true for me and everyone else. There’s no way to know everything, so we have to find sources we trust and hope they’re steering us in the right general direction. Still, there are a few obvious demons we can tackle fairly easily.

Let’s look at a few examples:

This is a common theme when Republican politicians speak. They like to say that Democrats are “coming for your guns” and “hate freedom” while prattling on about the Second Amendment. Both suggestions are preposterous, of course, and the Second Amendment has nothing to do with owning military assault rifles, but they aren’t speaking to the rational, logical people they represent. They’re speaking to the brainwashed and easily manipulated lemmings who hear those words and immediately run out to their local gun store and buy another assault rifle in preparation for Joe Biden’s imminent arrival at their front door.

Let’s be real a second. If the government wanted you dead, you’d be dead. You wouldn’t be able to pick up your assault rifle and their wouldn’t be anyone at your door. If for some reason the US military – by far the biggest, most powerful, most advanced military in the history of the world – wanted you dead, you’d be dead. A specially targeted drone would take out your house and you’d be reduced to a pile of ash. There wouldn’t be enough of you left to identify, and your arsenal of weapons would be reduced to twisted, burnt paper weights. But hey, the NRA thanks you for your support.

There are only 10 countries in the world with more annual gun deaths than the United States and they are all Third World countries. America also has – by far – the highest ratio of guns per 100 people, dwarfing even those aforementioned Third World countries. If guns are going to keep us safe, they’re not doing a very good job of it. It turns out that having more guns just means you have more gun violence. Go figure.

Myth 2 – God will keep us safe

Another wonderful source of fear and anxiety can be organized religion. It starts with the concept that if you keep your deity of choice happy that being will grant you prosperity, you know, unless he/she/it decides to fuck with you anyway by giving you cancer or something. Maybe if you send Joel Osteen enough money he will speak to the deity on your behalf and get some extra favors for you or something. Of course, there’s also a chance that Osteen will just use that money to make the next mortgage payment on his $10.9 million castle in River Oaks. It’s also possible that the money you send to one of God’s messengers might be used to buy a Lamborghini, like the one “pastor” Joel Gray bought for his wife. How many of the “least of these” could have been fed or clothed with the $200 million that car cost?

Much like those politicians who scare you into supporting the gun manufacturers and the NRA, many pastors are simply taking advantage of fear to fleece their flocks in the name of protection from God’s wrath, or perhaps as a means of afterlife insurance. Just remember that Jesus or Nazareth never took up a collection after he preached and he didn’t have any use for the money changers setting up a marketplace in the temple. He wasn’t offering comfort or mere inspiration, he was trying to shake people of the petty and complacent lives they were living so they could start loving each other and creating Heaven on Earth. As much as we champion him in this country we just keep missing that point.

This one’s a real head-scratcher. We are in the grips of a global pandemic which has killed more than half a million Americans, yet one in four Americans say they refuse to get the VOVID-19 vaccine. The statistics are telling, as 49% of those who refuse are white men who are registered Republicans, while 47% were supporters of former President Donald Trump. They get their news, of course, from FOX (Entertainment) “News,” and are thus convinced by the right-wing propaganda channel that there is no virus or whatever. Of course FOX News co-founder Rupert Murdoch didn’t hesitate to get his vaccine, even as his network claimed it was all fake. Trump has also been vaccinated, but then we’re talking about the guy who used a mail-in ballot to vote for himself last November while railing against the legitimacy of mail-in ballots.

So when a televangelist or right-wing propagandizing entertainer speaks, people listen. Scientists and medical doctors speak and it’s all fake and shouldn’t be trusted.

George Orwell would be so proud!

You’ve all seen this commercial (or one like it). It’s a beautiful, sunny day … a dog is shown running in slow motion across a field of wildflowers, perhaps with dandelion puffs floating in the air … it leaps, mouth open wide, at a frisbee that has zoomed into the picture and makes a perfect catch.

Of course, while you’ve been watching this delightful spectacle some voiceover actor, usually claiming to be a doctor, is advising you to take some wonder drug. The dog, the flowers and the frisbee are supposed to distract you from the 70 seconds of devastating side effects being listed off at high speed. Then the doctor comes on the screen holding a bottle of the wonder drug and tells you to ask your doctor for the drug.

Obviously this works, but how stupid are we to give into this ridiculous manipulation???

The answer to every problem you’re having is not some prescription drug. In fact, the likely solution to most of your problems is to eat a little less, eat healthier food, drink more water, get some exercise every day. The absolute LAST thing you should do is make an appointment with a person who went to school to study medicine and make suggestions to them about what they should prescribe for you.

I’m 49 years old, I walk 8,000 steps a day, do an hour of yoga every morning, drink 4-5 liters of water a day, eat a vegetarian diet, meditate and I can’t tell you the last time I went to a doctor. Do I get aches and pains here and there? Sure. It’s amazing what a little stretching, some ice and a bit of common sense can cure.

There is no need to be afraid of most of the things you fear. That fear is stoked by the big industries who control our country, and most especially the pharmaceutical and gun industries. If they can make you afraid, they can separate you from your money.

It’s not easy to avoid being manipulated, but the peace of mind that comes with resisting is absolutely worth it.